Electric Vehicle Tax Credit: Is it Time to Buy a New Car?

There is now an opportunity for those who wish to purchase a used EV to receive a tax credit. The Used EV Credit allows for federal tax credits of up to $4,000 or 30% of the sales price, whichever is lower. Here are the criteria you need to be aware of in order to receive the full credit: 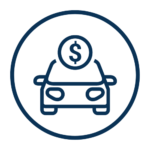 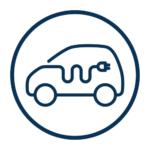 The vehicle must be at least two years old. 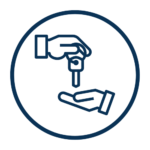 The credit is only available on the first sale of a used vehicle, so the EV should be sold to you by the original owner. 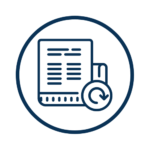 Under these new rules, you/your family can only claim the used EV tax credit once every three years. If you and your spouse are looking to upgrade to an EV, keep this in mind. 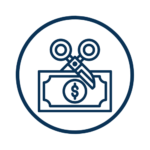 Single filers must have income of $75,000 or less in the year of purchase or the preceding year.

Joint filers or a surviving spouse have an income limit of $150,000. 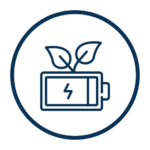 There are several manufacturing requirements for the NEW credit (see next section).

The used EVs are not required to meet the critical minerals, battery components, or North American final assembly rules.

The second EV credit is for new purchases. Now consumers can receive up to $7,500 federal tax credit for the purchase of an electric vehicle placed into service after December 31, 2022. This credit can retroactively apply to buyers who made their purchase before the Inflation Reduction Act was signed into law on 8/16/22, as long as they had a written binding sales contract in place on a qualified EV and received the car on or after August 16, 2022* (see note in Final Assembly Rules). Starting in 2024, buyers can opt use the EV tax credit as a discount at the time of the purchase instead of as a credit they receive later. This new EV credit lasts for 10 years, with a current expiration of December 2032. Below are various stipulations buyers must consider in order to receive the entire amount.

The EV credit is phased out based on income levels. Single filers must have modified adjusted gross income of less than $150,000. The income limit for married couples who are filing jointly is $300,000. For heads of household, the income limit is $225,000.

To be eligible for half of the credit ($3,750), a percentage of the value of the battery’s critical minerals must be extracted or processed in the United States or a U.S. free-trade agreement partner or recycled in North America. Here is the percentage increase schedule:

Starting in 2024, if any minerals or components are sourced from “foreign entities of concern,” including China or Russia, the vehicle will not qualify for any tax credit.

The other half of the EV tax credit ($3,750) requires the vehicles to have a certain percent of the value of the battery’s component to be manufactured or assembled in North America. Here is the schedule:

There are price caps for different types of electric vehicles. Larger-size including vans, pickup trucks, and SUVs with a manufacture’s retail suggested price (MSRP) of more than $80,000 do not qualify for the credit.

For a “car” to qualify, the MSRP can’t be more than $55,000. The U.S. Department of Energy has released a list of qualified vehicles to help you in your search.

Since the credit is applying to more (larger) manufacturers, to stimulate the American economy, the Inflation Reduction Act also requires that final assembly of qualifying clean vehicles occur in North America. The final assembly requirement became effective on August 16, 2022.

*However – if you were in a written binding contract to purchase a qualifying EV before the Inflation Reduction Act was signed, you have leniency to this rule. The final assembly requirement does NOT apply to those contracts signed before August 16, 2022.

If you purchase and take possession of a qualifying EV after August 16, 2022 and before January 1, 2023, the final assembly rule is not required, but the rules in effect before the enactment of the Inflation Reduction Act for the EV credit apply (including those involving the manufacturing caps on vehicles sold).

Because of the major changes to the manufacturing rules, it will be important for consumers to do research before purchasing an electric vehicle to ensure eligibility for the full tax credit. We recommend checking the U.S. Department of Energy website to read more about these credits. The U.S. Department of Transportation also provides a VIN Decoder so you can determine where a model of vehicle was produced.

For tax purposes, we encourage you to upload all pertinent documents to TaxCaddy at the time of the purchase so our team can be aware of the purchase and verify tax credit eligibility on our end. 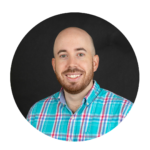 Chris is a Strategic Analyst who maintains expertise in litigation support, international taxation, and complex entity and fiduciary taxation services.

PrevPreviousNot-For-Profits: When to get an Audit
Next2 Surprising Solutions to Issues the Construction Industry is FacingNext

We have four office locations to best serve you and your business. Feel free to stop by, call, or send an email to learn more about our services.

Schedule an appointment
Scroll to Top Call Us Now